June 08, 2013
When I was six years old, I drew a picture of a house. I wouldn’t call it a particularly magnificent house, but someone at Highlights for Children magazine evidently liked it, because my drawing appeared in a 1997 issue of the magazine. That was a pretty big deal for me. You never forget the first time your work appears in a commercial publication, especially if you didn’t get paid for it. (Curse you and your fine-print voluntary submission policy, Highlights!)

Anyway, that was a proud moment for six-year-old me, and to this day, the page from Highlights that you see below has sat on a mantle in my living room. 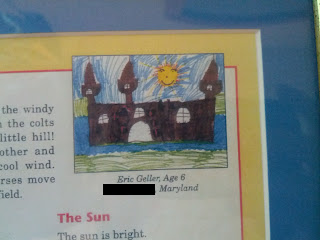 A few months ago, I was offered the chance to write an article for a future issue of Star Wars Insider, the official magazine of Lucasfilm’s Star Wars franchise. As a longtime subscriber, I was thrilled to get the chance to do this. A few weeks after pitching my idea, I submitted my article, which was a reflection piece on the ground-breaking animated series Star Wars: The Clone Wars, which ended this March after a five-year run. A few days ago, I received my subscriber copy of Star Wars Insider #142 (the June/July 2013 issue), which features my article in a three-page spread. 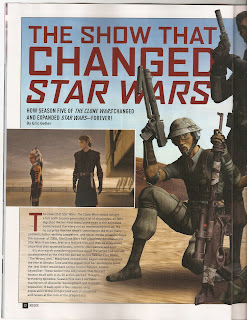 I had reviewed The Clone Wars for TheForce.Net since 2009, and I’ve been a big fan of the series since it premiered, so I really enjoyed the chance to contribute this article to Insider.
First Highlights for Children, then Star Wars Insider. I expect The New Yorker will be next.
magazines star wars Star Wars Insider television the clone wars