Showing posts from May, 2010
Show all

Amid yesterday’s International Star Wars Day festivities , TomTom announced that they were bringing Star Wars voices to their GPS units.  Darth Vader is available now, and C-3PO, Yoda, and Han Solo will be released throughout the summer.  You can find out more about Star Wars on TomTom devices, and enjoy a funny video of Vader recording lines for the GPS, at the TomTom website . I have a Motorola Droid with Google Maps-based navigation services, so I won’t be getting one of these myself.  However, I did spend some time thinking about this new partnership, and I’ve determined one thing: Star Wars on your GPS means hilarious new lines from some of the saga’s most iconic characters.  Imagine the many places TomTom could take this line of voices -- picture Jar Jar telling you to make a legal U-turn, or Obi-Wan bemoaning the fact that you missed your exit. I’m sure that TomTom, through its partnership with VoiceSkins.com, has already started to create voice tracks for the three fo
Post a Comment
Read more 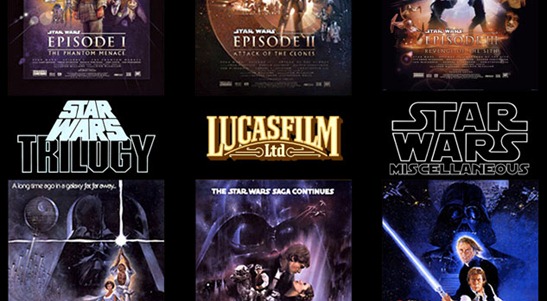 Today is International Star Wars Day, or as we call it, “May The Fourth Be With You.”  Every May 4th, our fandom unites to celebrate the enduring success of the world’s most popular science-fiction franchise.  Today is the best day of the year to break out that Jar Jar costume or put on the papier-mâché Jabba the Hutt mask. (On second thought, perhaps there’s really no good day to wear either of those things.) The best way to celebrate this “holiday” is by calling all of your friends and family and spouting lines from the movies.  If you want to go really hardcore, throw in some lines from Expanded Universe books. ( Note: Do not actually make these calls unless you have had a lot of blue milk.) As I get older, Star Wars continues to play an important role in my life, and I don’t see that changing any time soon.  I’ve met a lot of good friends through the Star Wars franchise, many of whom I consider among some of my best friends.  I’ve also had a blast attending two conventions
2 comments
Read more
More posts