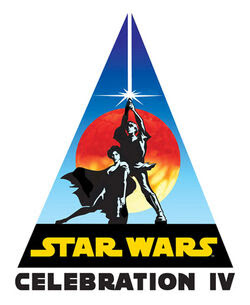 STAR WARS CELEBRATION IV RECAP Well everyone, it's finally over. Star Wars Celebration IV has wrapped up at the Los Angeles Convention Center. I had a great time for the 3 1/2 days I was there, out of a total five. I bought a four-day pass a while ago (just around the pre-registration deadline of March 30) and with my Star Wars Fan Club membership, I was able to get in for the fan club-only day on Thursday, May 24. Here's an overview of my trip. At the end, I will detail my convention purchases. DAY ONE: THURSDAY, MAY 24 2007 I arrived at the convention center at around 10:30AM, waited in line for about one and a half hours until the 12:00PM opening. When I got to the convention center, I was immediately overwhelmed by how massive everything was. I had heard good things about the Exhibit Hall, which at the time I had assumed was the area where costumes, props, and the like would be on display. Upon arriving, I discovered that it was actually an Exhibit o
Post a Comment
Read more
May 13, 2007
Just a few quick things: 1) I now have my own website, graciously hosted by Microsoft Office Live. You can find it at: www.ericjgeller.com 2) Wow! Only two weeks to go until Celebration IV! I have my convention packet (with my admission badge and fan club lanyard) and the receipts for all my on-site acquisitions such as autographs, photos, and collecting accessories. I have saved up tons of money, and my friends and family will be donating large sums as well.
Post a Comment
Read more
More posts