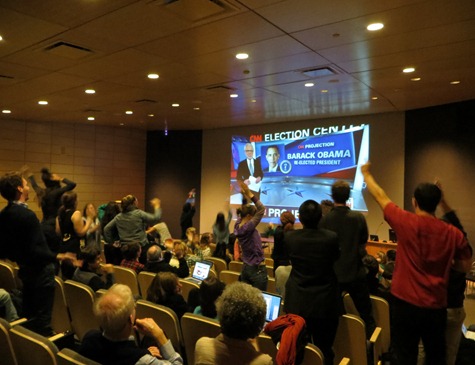 What you see above was the scene at the Election Night watch party I attended when CNN called Ohio for President Obama and projected that he would be re-elected. (Here’s a video if you want to see everyone go crazy.) It was, to put it mildly, an incredible night. Not only did the Democrats keep the Senate and the White House, but a number of crazy Republican candidates lost and three states (including my home state of Maryland) legalized gay marriage.

I was really proud to have voted for President Obama in my first presidential election and even prouder that I was able to do so in the all-important state of Ohio.