Get Into College? Check. 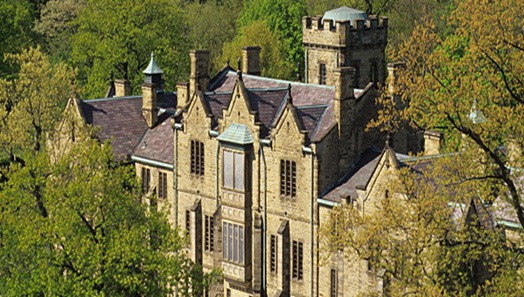 I suppose I should give this blog more attention than I have recently.  For example, though I tweeted about it, I neglected to write a post about how I was accepted to Kenyon College for the Class of 2014.  Kenyon is a great school, and I was extremely relieved when I got the acceptance letter.  The envelope it came in had a big thumbs-up on the front, which I guess should have been a clue as to its contents, but I was too focused on ripping it open to notice the outside.

Now that my college search, application, and acceptance process is done, I feel as if a huge weigh has been lifted off my shoulders.  There are still three and a half months left in the school year, and Kenyon does require successful completion of senior year, but I don’t think that will be a problem.  I’m doing well in all my classes, and nothing worrisome is on the horizon -- with the exception of a twenty-something-page paper for my Constitutional Law class that stresses me out purely because of its length and my propensity to make little errors here and there.  Of course, the AP exams are in early May, and I’m taking three of them (AP English, AP Statistics, and AP French), but even if I did poorly on any of them, colleges don’t have to see them, and they’re not the best indicator of academic performance anyway.  Overall, I am having a great senior year, and I hope to have a strong academic finish to show to Kenyon.

I’m already starting to think about the summer.  I’ll be working at my school in tech department again, for the last time, to make some money before college.  My family is going on a European cruise in late July, which should be extremely relaxing if the Internet prices don’t drive me crazy.  I’m attending Star Wars Celebration V in August, where I’ll hang out with some of my best friends and work the convention as part of TheForce.Net’s staff.  It will be a nice reprieve from workloads and deadlines before I get sucked into college.  Just a few short days after CV, we head out to Kenyon to move me into my dorm.

Of course, all of that is still a long way off.  For now, life remains relatively normal.  I’m enjoying weekly episodes of 24 and Star Wars: The Clone Wars (Leverage had its season finale last night – FANTASTIC!).  I’m also participating in weekly ForceCast get-together nights during the live broadcasts, where we sometimes pass the midnight mark with double feature recordings.

I’m sure a lot of the things I do weekly, daily, and even hourly will change at Kenyon.  I may not be able to be at every live ForceCast.  I may miss an airing of 24 and have to catch it later.  I may not even attend a Star Wars convention until I graduate, or sometime even later than that.  And of course, after college there’s real life waiting for me: the responsibility of a job, monthly payments for housing and utilities.  Who knows what I’ll be interested in – what I’ll be like – by then?

I realize this is getting pretty deep.  I’ll stop.  Getting into Kenyon was the first step in the next stage of my life.  It was the opening of a door into an exciting new world.  I hope I’ll remember exactly what was going on in my life the day I was accepted.  Maybe I should be keeping a diary – something written, somewhere I won’t lose it, with information about what I’m doing that I update every so often.