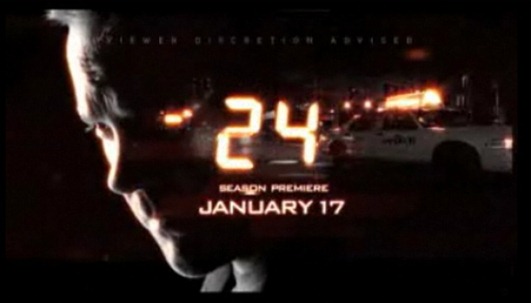 Tonight is the night.

In just a few short hours, Jack Bauer will return to television as part of 24’s eighth season.  It’s something that a lot of us have been waiting for since the last season ended on May 18, 2009.

The theme of Season 8 seems to be, “Yay torture!”  Fans following 24 will remember that Jack Bauer’s FBI friend Renee Walker was shown going dark at the end of the last season.  Word has it that she will be shown getting progressively darker as Season 8 opens.  NYMag.com has an interview with Renee Walker actress Annie Wersching, where she says of her character, “Now she’s not going to lose anything if she does something bad.”  In short, it sounds like we’ll be getting a lot of torture in this season.

Now, I’m no conservative crazy-head who thinks that torture is justified whenever we need to protect our country.  After all, this is America; we have should have standards.  I don’t necessarily watch 24 because I agree with everything it presents.  I just really like the fast-paced intensity of the show.  And Kiefer Sutherland’s Jack Bauer has some of the best lines on television.  24 has a cult following because of how perfectly it encapsulates everything that is right about an action show, not because of how much its viewers agree with its philosophy.

Last season was particularly exciting for me because it took place in my home city of Washington, D.C.  To a certain degree, it really felt like Jack Bauer and co. were running around my neighborhood.  Occasionally someone on screen would exclaim that the target was heading down this road or highway, and oftentimes I would recognize the location from my travels.

One of the best things for television PR these days is a social media presence, and 24’s cast certainly doesn’t disappoint.  The aforementioned Annie Wersching’s Twitter feed is often filled with 24 tidbits and photos from the set.  Actress Mary Lynn Rajskub – who plays 24’s resident geek, Chloe O’Brian – also has an account.  And FOX’s own PR department runs the official 24 feed, with information about promotional events, airtimes, and videos from the show.  I’m glad to see the 24 cast and crew jump on Twitter, because the behind-the-scenes content they share is some of my favorite.  Now, if only Kiefer would join Twitter as well.

Continuing with the new 24 tradition of venturing outside Los Angeles, this new season takes place in New York.  What surprises does Jack Bauer’s world have in store for him?  We’ll find out tonight, when the clock starts ticking.