Lots to cover, where to start? 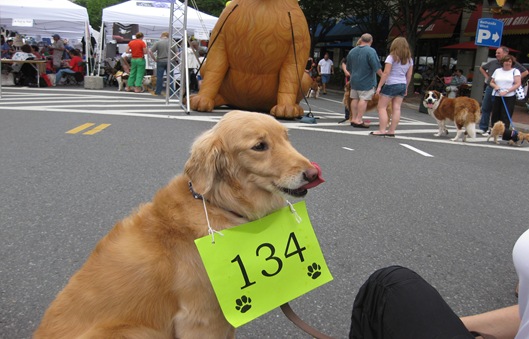 As I said in the title of this post, I’ve got a lot to say.  I last blogged in mid-April, and a lot of stuff has happened since then.

Well, for starters, I turned eighteen on April 28.  My parents and sister took me out to Clyde’s, one of my favorite restaurants, for dinner.  We then proceeded to my grandmother’s apartment, ostensibly to help her with some chores.  But of course, since we hadn’t yet had cake, I was suspicious.  We picked up my aunt and uncle on the way to my grandmother’s apartment (clue #2), and it was not long after we arrived that the singing began.  We did indeed have cake, and we ate it too.  I received several excellent gifts that day, including several Barnes & Noble gift cards and a Slingbox PRO-HD TV streaming box.  Despite all the hype from turning eighteen, I don’t really feel much different.  And I still haven’t registered for the Selective Service – out of sheer laziness, yes, but I also don’t think they even want me.

I also took my first AP exam, the culminating event of a long year of Calculus.  I took the exam from 8:00am to 1:00pm – a long, grueling process by which all the Calculus knowledge slowly seeped out of my brain and onto the answer sheet.  Since the exam, by the way, we’ve just been learning about extraneous Calc topics and concepts by way of graham crackers with frosting, brownies, candy, and cookies.  Yeah, I love my Calc teacher.

Mother’s Day was also a lot of fun.  My dad was actually away on a business trip, so my sister and I got up early on our own to fix a great breakfast for our mom.  We made cards, brought up the newspaper with the tray, and brought Maddie along.  We even got our dad on the phone for a bit.  Needless to say, all of it was recorded for posterity on my camera.  Of course, Maddie helped herself to quite a bit of food at one point, but the fact remains: our mom had a great Mother’s Day.

Last Saturday (May 16), we went to a neighborhood event for dogs entitled “Strut Your Mutt”.  The event, which consisted of vendor booths with free pet swag, contests for “Best [Insert Dog Characteristic Here]”, and a parade of dogs and owners.  We took a ridiculous amount of great free stuff, and Maddie even placed second in the “Best Kisser” competition.  By the way, you should really be reading Maddie’s Twitter page for the latest on her life.

While Saturday was a great day for Maddie, this past Monday (May 18) was a bittersweet day for me.  Monday night, from 8pm to 10pm, was the Season 7 finale of my favorite TV show, the FOX action series 24.  I have really loved Season 7 (“Day 7” in 24 terminology), and this double-episode finale was nothing short of brilliant.  I know that it’s received a lot of flak (I’ve been monitoring #24 on Twitter Search), but I thought it did a great job of both tying up a few loose ends and setting up an interesting Season 8.  I can’t count the number of times I was shouting at my TV during the 24 viewing sessions that quickly became routine on Monday nights.

Along the lines of 24 and Twitter, can I just say how much I love celebrities on Twitter?  Twitter plays host to great discussions and insight from personalities such as 24’s Annie Wersching, CNN’s Ed Henry and Larry King, NPR’s Peter Sagal, and StarWars.com’s Bonnie Burton.  Ed Henry is constantly posting photos behind the scenes of live shots and political events; Annie Wersching is a great source for images on the set of 24; and Bonnie Burton has easily become the link queen in my Twitter subscription pool.  I am truly glad to see that these individuals (and many, many others just like them) have embraced social media as a tool of outreach, communication, and promotion.

We’re getting very close to the end of the school year.  Most of my classes are now much more casual, and I have barely any homework anymore.  So let’s look ahead to the summer; mine is jam-packed.  I’m taking two SAT II Subject Tests (Math and Literature).  But after that, it gets much more fun.  I’ll be working for several weeks at my school, getting paid to help out with technology-related tasks.  I’m also taking two classes at American University: one in broadcast journalism and one in general filmmaking.  To add to all this, I’ll be going on several college visits across the east coast – and even some in the Midwest.  And that’s not to mention our family trip to Israel in mid-June.

So you should expect to see a nice big blog post about all of this (or at least some of it) in a month or two.  See you then.

Actually, this would be a good time to plug my Twitter feed.  I post multiple times per day and update my followers on the latest goings-on in my life.  So if these blog posts aren’t enough, follow me on Twitter.